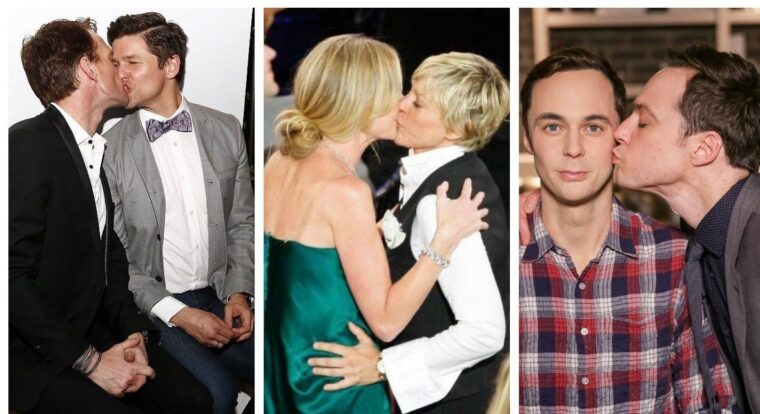 Is “whiteness” a sin that we have to repent of? I respond to Warnock’s preaching in his church for America to repent of their worship of Whiteness.

Understanding the Issue: What is Racism?

First of all, in the thinking of liberals, anything that attacks a race characteristic is racism. So why do blacks, Hispanics, Chinese, Japanese, etc. get to use this issue of racism, yet in defending these people, they don’t allow white people the same courtesy? In the view of one person I read, “White people just need to kill themselves and get off of planet earth.” Really? If in the 1960s some white person would have suggested that, a whole mob OF WHITE PEOPLE would have jumped down their throats for that kind of thing. But black people don’t defend white people, and that is life.

Racism is even the bringing into consideration the race or color of a person in giving them a good job, or any other benefit or respect in life. So being against whites is exactly racism. There is no other way to define this. If your definition of racism changes for one extreme to another, from good to bad, based on which situation you are examining, then you are wrong and bad. Your are a moral reject.

Understanding the Issue: Of Whiteness versus being of color

Let’s just say that what is good for the goose is good for the gander. That means, whatever rules or principles that guide our lives in this area, our principles should not be slanted to destroy, kill, and suppress ANY PARTICULAR GROUP. When an individual does something wrong that hurts other people, that person should feel the brunt of our laws and justice system.

If we were to go to a country in Africa, and we were to say that blacks in a predominantly black country could not celebrate their blackness, that would be a hard sell wouldn’t it? That is because whatever skin color that God gave you at birth is not something you can control unless you are Michael Jackson, and even he couldn’t get rid of all his blackness. But it is normal and nature for black people in Africa to celebrate things around their race, “blackness.”

So why is this so hard to understand that whites have the same privilege? I mean look, you need to look at statistics of black people and white people in America.

The Black population of the United States is growing. In 2019, there were 46.8 million people who self-identified as Black, making up roughly 14% of the country’s population. This marks a 29% increase since 2000, when there were roughly 36.2 million Black Americans. (Taken from Facts About the U.S. Black Population)

So from this general statistic, America is about 14% black.

The most prevalent racial or ethnic group for the United States was the White alone non-Hispanic population at 57.8%. This decreased from 63.7% in 2010. (Taken from 2020 U.S. Population More Racially and Ethnically Diverse Than Measured in 2010)

So to understand the racial diversity in the United States, about 14% are black and about 60% are white with 26% being something other than these two groups. So it is totally correct to see white people. To see them in government, to see them in professions, to see them in Hollywood, to see them in sports. In fact, if there were really NO RACISM in the United States, we should see somewhere around 60% of the NFL represented by white players! But that is not the reality is it. We should see white actors and actresses dominating Hollywood, but that is not what is in play is it? In fact, Hollywood is one that is preaching extremely loud and long AGAINST racism, but the academy awards would seem to keep Blacks excluded for the most part. They make equal but separate awards ceremonies. I was born in 1958 in the south, and I though we had pretty much put the equal but separate thing to bed as racist.

Frankly, I have no racist thoughts about black people. I grew up with them, and I think I know at least some of them. But there is something else here. There are blacks, and then there are evil blacks that live in a drug and alcohol culture they have made for themselves, filled with sex. Some blacks (I would hope most blacks, but unfortunately I think that is the passing black generation. The black youth want to live in the gang culture.) are good moral people.

But to be frank more, a movie or TV show projects a setting, people, their culture, etc. into the narrative. I want to see white people in what I watch. So I don’t watch much anymore because it doesn’t appeal to me. Likewise, when I see a commercial that starts off with people of color, or two homosexuals, or some foreigner speaking in Japanese or something, I immediately turn it off. I don’t want to see it. I am not racist, I just don’t identify with those people.

So if we establish that the percentage of a race (or a sexual preference) in the general population is really a fair gauge of what we should see in our society in general, then we should see less than 1% transgenders in government, in Hollywood, etc. We shouldn’t be seeing more than 7% of people identifying in public roles as homosexual or lesbians. Anything more than that means that somebody is pushing these groups as being larger than they really are.

Just a thought. If we say nothing when gays and transgenders, blacks, Hispanics, and other cultural groups celebrate their own particular culture, race, and practices, why does that all of a sudden BECOME WRONG WHEN WHITES CELEBRATE WHITENESS? As a white man of 60 some years old, I never remember anything that I celebrated that was in the name of whiteness. Even watching a NFL football game (I don’t do sports by the way) is not a white thing! Most of the players are black men. I don’t drink beer, I don’t burn crosses, nor do I use white sheets except on my bed. So where and what does a white male do to establish that “whiteness” that Warnock is talking about? Oh yes, I see it now. I pay my taxes. That must be it. I am a heterosexual, married to one woman, and I pay my taxes so that Biden can give them away to celebrate homosexuals and trans in Ecuador.

Warnock is a Kook!

So I am a pastor also. Warnock is supposedly a pastor. But from what I have seen and read by him, he is a shame on the ministry. He is a shame political figure that is using religion to try to justify himself and establish himself. Whiteness is not a sin. There is nothing connected between having a white skin (really? Nobody at all in all the earth has white skin, it is only fleshtone. Not white please!), between having white skin and white supremacy. White supremacy was a key element in Germany’s Nazi movement, and I am in no way inclined to be Nazi. In fact, I do not even know of a white person in my entire life that I actually met in real life that was white and a Nazi. These things do not work together. There may be somebody out there like that, but like I say, growing up in the South, I never saw these things.

If you research the subject, the Klu Klux Klan was a child of Democrats in the old South to suppress the blacks from voting after the Republican president and all the Republicans in Congress voted to give them the vote. (All the Democrats were against it. Joe Biden highly esteemed and copied the political career of one of these KKK congressmen.) So the Democrats want to project onto the Republicans what are their sins. We won’t let them. That doesn’t work with me.

I have no problem with black people celebrating their “blackness”. Why don’t they grant me what they themselves want? As for homosexuals, they are choosing that lifestyle as an act of their wills against God. There is nothing remotely similar to the discuss of people of color (which they cannot change even if they want to, a.k.a Michael Jackson again) and homosexuals and trans that can very readily change their sinful lifestyles.

White Supremacists preach that other peoples that are not as white as they are are people that need to be purged from the face of the earth. Hitler tried to do that with the extinction of the Jews. Isn’t the Democrats preaching in the same vein of things? Hillary saying that all Republicans are deplorables. Some Democrats are calling for the surrender by whites of all points of power, governing, acting in Hollywood, etc. That is exactly the heart and marrow of White Supremacists. But who are these Democrats? Let’s take a quick overview of the “cream”. President of the United States put forth by the Democrat party. A white, old man. Joe Biden. Nancy Pelosi, speaker of the House of Representatives. Chuck Summer. Speaker of the Senate. And we could go on. The backers of the Democrat party and their candidates. Old white rich men.

First of all, those who are slinging the accusation of “white supremacy” around are all whites. Think on that. Second of all, all of these “we the people” politicians are filthy rich. Part of their preaching is climate crisis. Yet they have their jet planes that they fly around the country in (for their comfort only) but we have to basically walk. That is where they are going with this. An electric vehicle is not a good choice except to go down to the corner store for milk. Joe Biden takes Air Force One for a trip that would take him about 2 hours in a gas vehicle. The hypocrisy should scream at you. Between getting ready to fly, and the helicopter flight from the White House to the airport where Air Force One is should take him more time than if he would just get in a gasoline powered car and go.

Third, let the white supremacists “do their thing.” Like I said, I have never met a White Supremacist in my life. I am white, and I grew up in the 1960s-1970s South. Most sensible people dismiss white supremacists as idiots. That is what I have seen. Only people really dumb would be a white supremacist. But on the other hand, being white is not a choice. I will not apologize for being white either. God placed me with two white parents, and I am fine with how God made me. It is not a choice I can do anything about. Have you seen the scandals that political people get into when they do a blackface? Yet not an option.

Is “whiteness” a sin that we have to repent of?