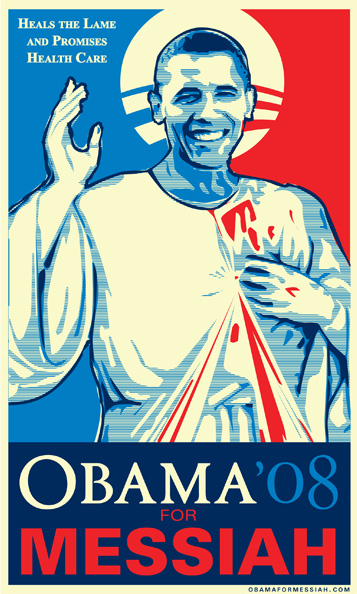 The Messianic Character of Government is a study on how government seeks to become the “savior” of its people and the world. When I was working on my Masters in Educational Administration and Supervision, for one of the courses, Philosophy of Education, we had to read a book called something like “The Messianic Character of Public Education in America” which I believe it was by a Rushdoony. It has been 35+ years now, and I don’t remember the exact title, but I remember well the proposition of the book. American public education has taken the role of savior in their outlook and objectives. Simply put, the American child is in a life threatening position, and it is America public education that is going to save that child.

The Messianic Character of Government

In the first point, what is the danger that we need to be “saved from?” You see, you cannot save somebody unless you understand the danger that that person is in, and how the things you can and could do would affect that person and his perilous condition. For example, somebody calls for help. You hear it and come. You cannot help that person without first of all, understanding what the danger or distress that the person has. Is there a big guy with a gun threatening the person? Maybe they are starving to death and need something to eat. So you have a candy bar and give it to that person. But what if that person is diabetic and his blood sugar is through the roof? Your action of giving him more sugar hurt him more than helped him.

In the divine scope of things, God does have purposes for government. The first and most important point is that government is supposed to be an extension of God’s care for the people. So yes, government helps their own people, and to a limited degree other people around the world. But this is tempered from whatever crazy idea somebody comes up with to just legitimate concerns. There we enter into arguing about what is legitimate.

But there are broad objectives that God wants from government. God wants governments to provide order and stability for their people. You cannot have a different currency change every two or three months. You cannot have devaluations of the currency so that nobody knows how much things are valued.

Another imperative for government is to bring justice to its citizens lives and also righteousness. Justice is to be fair and equal to all. Righteousness is to do what is right in God’s eyes.

Who gave them the right to save us?

To clarify things, Jesus is the only valid Messiah Savior. When we get our eyes off of Jesus, trusting some man or some system to “save us” then we are hopeless lost, and this salvation will never truly free us of bondage nor or problems in our lives.

Politicians always want to make things about them. They have the plan, they have the genius and intelligence that nobody else does, they have the arts and crafts, the methods and procedures that will solve our problems. These are all lies no matter their political party. These are deceptions that they use to get power and stay in power, and carve out a place for themselves.

God does not empower governments to “save their people.”

The clear danger is sin. Sin will put people into hell. The solution to sin is a moral being born again. This is salvation as the Bible presents it. The remedy for sin is not government, and worse “more government”. But government is under the obligation and duty to restrain sin, and promote good.

Truly most of the problems in America’s society today is not the lack of laws to prevent wicked people from accomplishing their evil objectives, but the lack of government from keeping those laws already on the books.

God gives government some key roles in the stabilizing of society, but he does not give them free reign to do anything and everything those in government might want to do. Governments are restricted by God in what they can legitimately do in the name of government.

Government cannot step on religion, but it must be moral

The founding fathers of America had a concept of morality of all involved, yet they (as government) could not institute (create or make official) one particular religion against another. But again, we must understand that not all religions are valid in this scheme of things.

You can say that your religion believes in raping children, making human sacrifices, or doing sexual things that would shock a normal person. While people are free to practice their religious beliefs, the line is drawn when they do things that violate the liberties of other people (whether those other people are willing to suffer the loss or not). Children cannot give consent to sex. Parents of those children do not have the right to grant that consent either. Children should be protected from rape period. The same can be said about a woman aborting her baby. Government has the mandate to enter into the situation and prevent harm for those who are being taken advantage of.

The thought that you can take God and his morality out of American life and the American legal system is just so ludicrous that it is beyond serious consideration. The entirety of our legal system is based on fairness, and that fairness has to be rooted in morality or it has no anchor. That anchor is in the Bible. Would you consider it “fair” to burn your wife’s face with boiling oil? Muslims justify this common action among Muslims if the wife spoke to a male delivery person. Where is fairness in any of that? It is lost completely (for a westerner) because Muslims do not have a Christian value system. Would it be right to kill somebody that converted to another religion? They think so.

So morality is the foundation of government. The justice aspect is that police who execute the laws of the land must be moral. The judges and lawyers must have similar morality or things just will not work. When we allow illegal aliens to enter our country, our system, are they going to accept the laws of the land and the morality underneath those laws? Probably not. They will say anything to get in and get economic prosperity of the country.

As Muslims grow in number in the United States, they are not changing their thinking to the American principles but are bringing shari law with them. That paradise that they longed for beforehand is slowly being changed into the same horrible country that they came from. The only thing is, America for Americans is being destroyed in the process. Muslim clerical thought is to destroy America and everything it represents. This is their goal.

The typical “salvation” for government types is simply people are poor, therefore let’s take from the rich and give to the poor. Unfortunately, after you have done this 50 years, the poor are still poor, and the rich are depleted. You have to take from more people and now the just okay economically people.

If you don’t get the real problem as being sin, then you miss the only solutions that really work.

Poor people are people who refuse God’s ways. Poverty is a curse by God on them, and for those who refuse God’s ways, the rest of the world should not help them out of their poverty. God’s way here is specifically to work hard to sustain yourself. This includes economy when it comes to the resources that you are able to raise up. If you cannot pay your rent or put food on the table, but you are earning some income, then it is entirely wrong to spend that money on luxuries. A person like this would violate God’s rules by buying $150/can caviar. Why? Good taste is great but your indulgences should be coupled with ability and an indulgence of a person barely making ends meet would be a pound of ground beef to make hamburgers for his family. Hard work and frugality according to your situation are God’s rules.

Within the American system, it is really against American principles to use public funds to just buy votes. In other words, the politicians make laws that give away government funds (i.e. money taken from the taxpayers) in order to great a dependence upon Democrat lawmakers. This dependence is not technically on the government, it is just on Democrat lawmakers. Yet to get these laws on the books, the Democrats get Republicans to join in with them. Even before the ink is dry on the law, these Democrats say that the law is now “their law” that they made for their constituency. Over the years, both political parties are feathering their nests with political handouts. The budget grows by leaps and bounds every year, and nobody cares about lowering the budget.

The Messianic Character of Government is how they see themselves

But point is very clear here, our government considers itself as the savior of America, and now the world. Its responsibilities in the messiah complex are that they need to be worshiped and allowed to do whatever they want to do, and all the spoils that they pick up along the way is just rewards for their role as messiah.

But they have some problems. One of the most important problem is a fuzzy view of the danger and what salvation should even look like in their scheme of things. Another problem is that they totally reject morality. They “use” morality to bash their enemies, but it never sticks or even should be applied to them. None-the-less the general public still has morality, and at times that morality overtakes even the politicians.

For example, Democrats could not speak enough good about the Cuomo brothers. But they also bash the me too predators. When these cross as it did with Andrew Cuomo, then all Cuomos friends turned on him and bashed him and he had to resign. Look for him in 2 years (if that long) and he will be in a political office again.

Jesus the Messiah was moral

Jesus presents us a way of life, not just salvation from sin and hell. Therefore this way of salvation that Jesus presents us has a lot of morality attached and integral to this way of life. But this is the rule of God versus the rule of Satan. God demands that everyone involved in doing God’s will be a moral example of that “way”. Satan uses “moral people” that are hypocrites and do not live the life that they want to require of others.

Another problem is in the necessary character and life of the Savior. In the Bible, we understand that Jesus is God, completely divine. Whatever God the Father and God the Holy Spirit is, Jesus is that also. But being God, he is also man, one of us. So far so good. Government officials are men and women just like us.

But God’s point is that the danger for us is a spiritual danger, sin and its consequences and necessary punishment. Jesus was a perfect man who did not sin himself. The government officials basically give themselves a pass on this one. They are not sinless, and it is not a problem in their thinking. So when they steal, lie, and cheat, it is okay for them to do that, but you go to jail for doing it. They are elitists.

This is not right. If you are even going to pretend to be a civil messiah, you should be wholly and morally pure. Our government officials are not even attempting this.