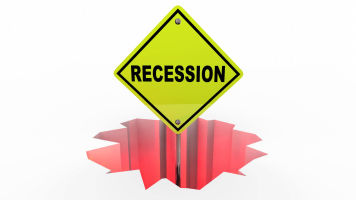 We’re in a Recession with High Inflation is an acknowledgement that we have monetary problems, and Biden and the Democrats are responsible for it.

In our society, we identify a bear and bull market as indicating a good economy or a bad economy. A depression is when our economic welfare as a nation is the worst. No jobs, no or little money saved up, and in general, things cost more than they recently did, or i.e. inflation. A recession is basically just a step away from a depression, just not so bad as of yet.

In Biden’s gaslighting of America, he is pretending that we have a good economy at the moment. But redefining the terms and definitions of things does not make a good economy. It is called gaslighting, or trying to deceive others into thinking things are as you would like them to be, but they are not.

No matter how you technically define a recession, we are in it. Our economy is bad. So since Biden, a Democrat, is at the helm of “our ship”, they don’t want to admit that the economy is bad. I understand that. But this is denial on their part that they direct drove the ship aground on this sandbar. Blaming other people is shameful when you are in charge. The very conduct of blame shifting is a juvenile action of people who are not adults, and not responsible for their own actions. Yes, at times others can influence the good or bad of a situation. But that still does not remove blame and responsibility of who has the keys of the car and is sitting behind the steering wheel when the car crashes.

Managing Director of the International Monetary Fund Kristalina Georgieva and President of the World Bank David Malpass believe that a recession is going to rock the world economy in 2023.

The total amount that would be wiped out by the slowdown of the world economy is going to be between now and 2026 $4 trillion,” Georgieva noted.

So this recession is global. So what. In the United States, it doesn’t have to affect us so much if we were wise enough to prepare against it. Energy prices are driving up inflation. WE WERE ENERGY INDEPENDENT AND NEED EXPORTERS UNDER TRUMP. The shift is 100% Joe Biden from the first day of his presidency. You cannot shift the blame to Trump or the Republicans when Trump had a totally different philosophy that created abundance and a good economy.

In hindsight, if we would not have shut down our economy under Covid hysteria, our economy would probably be in good shape to ride this present wave. Government forced Covid to be bad so that they could grab more power and control over common Americans.

The Idiot Way to Address Inflation

According to a CNBC report, 32% of adults paid a late bill in the past 6 months. CNBC cited data from LendingTree, which noted that 61% of respondents indicated that they couldn’t make the monthly payments due to not having “the money on hand to cover the cost.”

Roughly 40% of respondents said they are not as capable of paying their bill compared to 2021. The majority said they did not make a payment on cable, credit card payment, internet or a utility bill.

So the facts of the matter is that the United States is in a recession, and we have inflation. But our governing politicians, the Democrats, are power crazy, so they want to turn everything so that they get more political power out of it. If Americans are experiencing inflation, then the government has to come bail them out. There is no forethought nor deep investigating as to how their actions will affect the problem. They just assume, because they have their hands in the Treasury, everything they do will turn out okay.

Except when they take out more loans on the national debt in order to give their voters free money, the entire country experiences inflation. Inflation is that things cost more, and this is because people have money, and they compete with each other (and foreign nations) for the available products. The same thing is happening in the job market and the housing market. If you let 5 million illegals into the United States, the first thing they are going to look for is a good job, and then a nice place to stay. That competes with the people already here, and causes competition, and American citizens are the ones who suffer the most here.

The Democrat party is now saying that if the Republicans take the Congress at midterms, that they (the Republicans) want to tank the U.S. economy. Others are saying that they retaking of Congress will not do anything to help inflation. That may well be the case. But in the last few presidential terms, we were finally getting out of the inflation that Jimmy Carter caused way back when. Trump is the FIRST PRESIDENT that really was able to see inflation under control, and America prospering. Whether this is a 20 year cycle that has to run its course or not, Trump is still the President in office when it broke.

Biden is the President that immediately put the country into inflation overdrive immediately. In just a few two years!

So whatever the truth is here, things were better for America under Ronald Reagan and Donald Trump that a host of know-it-all Democrats that couldn’t budge the economy out of its inflationary pattern. I am no politic analyst, but it seems to me that the lack of candidates on both sides of the aisle in Congress suggests that neither party could do anything about inflation. They just accepted it as the status quo for us.

Trump came along and broke the Republican tradition of pure Rhino Republicans in charge and broke inflation. (Vote Rhino Mitch McConnell out of office by the way). So deep down, everybody knows that to return America to prosperity, we need Trump and let him do his thing. MAGA, duh!

We’re in a Recession with High Inflation