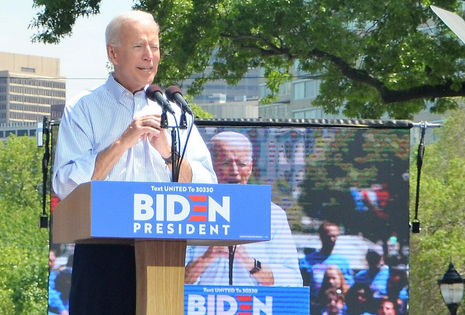 Democrats Still have major problems before them is my recommendation of an article from American Thinker. This post has been updated as of November 30, 2021.

Let me say that I agree that the Democrat has too many divisions that are very deeply rooted in differences between them. As soon as it appeared that Biden had gotten the election, the infighting has begun. This article outlines the match up of groups within the Democratic party.

The sand is the fact that to create an illusion of victory sufficient to obscure election fraud, Democrats had to cobble together a constituency.  However, it’s a Frankenstein’s monster.  Republicans are bound by shared values: patriotism, fealty to the constitution, faith in the wisdom of the marketplace, a traditional morality, etc.  They come together naturally and easily with these beliefs.

Democrats, though, built a fragile constituency based upon identity politics and the chimerical belief that “intersectionality” binds these disparate groups together.  In fact, The only thing that binds Democrat voters together is their hatred for America and their sense of victimization.

Each identity group, to get its share of the government spoils that make up a socialist oligarchy, must prove that it is the most downtrodden.  These disparate groups can point at white men and other evil white people for only so long.  At a certain point, they’re going to have to break down and start fighting each other.

Among other things, the Democrats are facing the following problems:

After about 9 months of the Joe Biden presidency and a total control of Congress and the White House by the Democrats, about all we can see are failures on all sides.

Joe Biden continues to show signs of mental decline, perhaps dementia, but very obviously that somebody else is pulling the levers of government now (but through Joe Biden). Who that may be is not clear. Probably to some point it is Jill Biden, and some through the leaders of the Democrat party.

But what is obvious is that the Democrat party and President Joe Biden do not understand the reality of America. How the economy works, how the job market works, how inflation and money work. Their concepts are failed, but yet they are sure they are right and everybody else is wrong. But when inflation won’t abate, then they have no options but to admit their own faulty ideas or blame Donald Trump yet again.

What is it about Trump that allows him to live forever in the heads and minds of the Democrats?

But the Democrats are facing a brutal reality. That reality is that BOTH the Republicans are against them and their own Democrat voters are against them. They will lose greatly in the midterms, and without some kind of medical-biological excuse for their jury-rigging the 2024 election, they will lose that also. Many Democrats are leaving their position in the Senate and House of Representatives because they know they will lose re-election under this current political environment.

The rule of thumb continues to be correct. When a president wins (or loses), the down ballot races track his win or loss. All the more impossible that Trump lost with all the down ballot wins for the Republicans in 2020.

More on the Democratic Party

Links about the Democratic Party