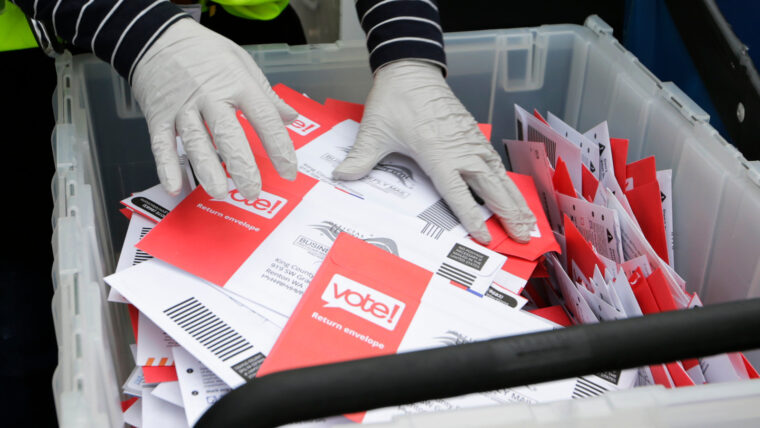 Why do Democrats want expanded Voting? is an analysis of why the Democrats are crazy about opening our elections to more people, more voters.

The Duty of Voting

In America, it is the privilege and duty of every American Citizen to vote. This is hardwired into our political system. Whereas the Democrats want to paint themselves as the party of citizens rights, they presume that for example, black people cannot find the driver’s license office nearest them to enroll in voting. This is just crazy. Most black people have driver’s licenses so they have already been there once.

The hidden motive in making other ways of registering to vote is simple so that they can put non-existent voters on the polls, or even real voters that just don’t want to vote, and will not vote, but the Democrats can mark their ballots for them.

The Constitution restricts voting in federal elections to only United States citizens. Democrats want to open the borders, let foreigners into the US, give them freebies, and then let them vote thinking that they will vote Democrat. First of all, that presumption that they will vote Democrat is not a given. Many foreigners from Spanish speaking countries are Catholics which oppose abortion (and Democrats are for it). In other cases, those coming from socialist or communist countries also are not liking how the Democrats are changing America into a communist country. Knowing how the Communists are, and how people suffer under that system, they will fight against that in the United States.

New York state has passed a law allowing non-citizens to vote in their federal elections and that is in a legal battle at the present. But that is obviously where they want to take this. One day the Democrats will truly make the United States completely open, and foreigners can enter the country for the first time and vote the next day. China or some other nation will pay the plane tickets, send groups of 5 million of their people into each of a dozen US cities, and the United States will have a Chinese president. He won’t be Democrat either. He will start his own pro-China party.

The Democrats use this angle as a poor person who cannot get registered. Normally this has been blacks. But any normal person can get registered if they want to do so. There is no need to do anything more that what is already done. If we look back in history, it was the Democrat party with their Klu Klux Klan groups that discouraged voters. So anything a Democrat suggests in this area, well it is suspect, highly suspect.

“The executive branch does not have authority over our election systems,” Hemingway emphasized.

Why do Democrats want expanded Voting?