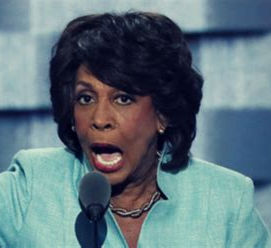 Constitutional Equality of every person

The basic premise of the United States Constitution is to codify and recognize that God has given all men certain rights, and to promote a country of peace and prosperity, as a government we need to recognize this rights that God has granted all humans, and respect them.

As such, the truth is that we need to return to the Bible, and see that the spirit of the Bible is that every person should have the love of God in their hearts, and that is seen in loving their neighbor. We are to respect, honor, and recognize others as ourselves. The laws of the Jews, the Christians, and through to the United States were based on this point of not doing wrong to others.

The government can officially do harm to a person like incarcerate them if they have broken the laws of the land, which should reign supreme and equal unto all persons. If one person steals from another, the thief can be placed in jail. If the infraction is serious enough, then the criminals life can be taken.

After all is said and done, so many people want to rewrite the history of the United States and change our laws to suit them. But the principles of our country are still founded on this biblical respect that we should have one to another. This respect is based in a heart of love, the love of God shed in our hearts. Not many people have that same love today in the United States.

Every man is Equal

Note that our Constitution does not grant equality to every man, it RECOGNIZES this equality as coming from God. So no matter if you are male or female, if you are white or black or some other race, the law of the United States says that you should be offered equality of treatment, privilege, and rights.

While these privileges and rights can be taken away from a person upon due process (fairly by the civil government system of judges and courts and lawyers), there has to be a process. The end result is the loss of these things. But people who obey the law, they should have full access to them.

Black people sat at the back of the Bus

In our history, our country did not fully implement this principle touching blacks. While slaves were freed, they (black people) were mistreated still. The Congress passed laws that should have fixed this problem. Anybody has certain citizen rights.

In a private home, other people have no right to ingress into your home and take what they want. That is called stealing. So the rights that a person has depends on some things. First of all, the place of access must be public. A public place like a theater, or a restaurant, or a store THAT IS OPEN TO THE GENERAL PUBLIC should not bar any person from entrance and using that public place. The idea of a restricted class of people (like blacks) not having access is against our country’s founding principles.

But this is exactly what is going on today. In the last 2-4 years, we have seen people denied entrance into a restaurant or pressured out of a public place of eating because of a political association. How is this representative of America? Moreover people like Representative Maxime Waters (being a black woman) is pushing this against her political enemies? Has she never studied black history to see how the whites did this against the blacks in the past?

So these are petty people not worthy of noticing or even listening to them. They should be nobodies that no new station would put out their poisons.

What happens when you do not respect others

The bottom line is that when you do not respect others, then people do not respect you. Moreover, God is still sovereign on the throne, and your judgment is coming.

More articles touching on the Constitution

Constitutional Equality of every person