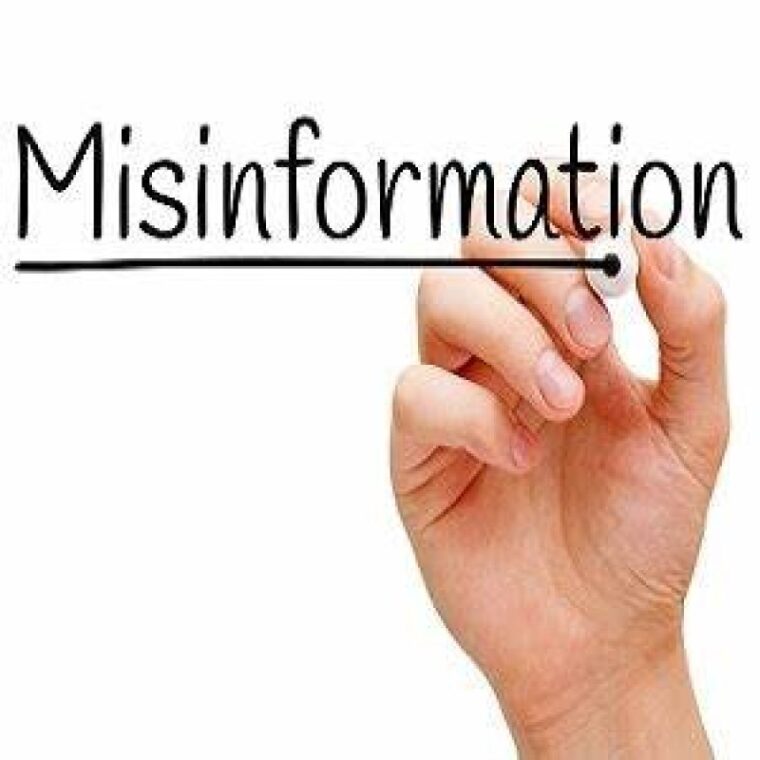 Misinformation Fraud for the Election is an analysis of how the FBI is trying to cancel any truth coming from the GOP.

The article I mention above explains how an internal FBI memo is using the maneuver of classifying any political news that the Democrat party dislikes as “election fraud.” Fraud is one thing, but telling what one deems is the truth is another. When that truth is embarrassing to somebody, that doesn’t make it fraud, just bad news.

So let’s take some examples and see if they would really classify as election fraud. First, the country is on the verge of a recession and a 40 year high inflation is causing voters to be more worried about the cost of things than other issues. No, that is not election fraud. But if you add to that that Trump left Biden a 1.2% inflation, then it is misinformation and election fraud. How is that? Just because the truth stated hurts to accept it, does that make something election fraud? No.

Hunter Biden is peddling his influence as the president’s son in order to get bribes that part go back to his dad. Is that misinformation? Yes. Hunter 1) didn’t get anything illegal, and 2) Hunter didn’t pass a kickback on to his dad.

Well, it is a very well established fact that Hunter worked for an Ukrainian oil company. He made many thousands of dollars per month. Hunter has no history nor education in either finance nor oil. So how are these facts misinformation?

What is misinformation exactly?

Misinformation is just simply a lie. Lies can be disproved by evidence, real evidence. This evidence can be something disproves an ascertain, or asserts an different reality as true. But this where we have to start getting very critical.

A truth or a lie cannot be asserted without any proof, and then all open discussion and investigation is criminalized. That doesn’t work. Even on the surface, the facts of a matter can just “not add up”, and therefore an assertion can be classified as a lie.

In the case of the January 6th events, the Democrats say that this was an assault on the capitol, and it is the end of democracy. But this doesn’t stand up to a critical examination. Let’s examine it. What is the lie in all of the fuss, and what is not a lie.

The constitution of the United States recognizes the right to peaceful protest. That is a constitutional right given to all Americans regardless of their political affiliation.

President Trump organized a rally where he spoke to the people coming to that rally.  The rally ended and Trump exhorted to those in attendance that if they were to wander around the nation’s capitol, that they be peaceful. So since the entire Trump speech was recorded, there if a simple way to establish if Trump was urging his followers to violence. Nobody can show such a part of his speech. This is despite the J6 Congressional investigation that has examined “every shred of evidence it can.” Nothing. But let’s look at what those going to the capitol building actually did.

Many present have asserted that the Capitol Police under Nancy Pelosi’s control opened the doors of the capitol building they were guarding and invited them to come in. This was in violation of their duty of guarding it. People are only allowed to enter that building if 1) they work there, 2) they are escorted on a tour of some kind. The official of the Capitol building has to be with them at all times.

So what is wrong here is that the evidence points against the Democrat narrative. Nancy controlling the Capitol police has possession of all the video cameras watching the grounds and inside the building. Why doesn’t she give access to the unedited tapes of this time frame? If she really wanted justice, they could identify exactly who broke the law, and put names and criminal charges against those entering the building and urging the others to follow them.

But here we note that all of that is inaccessible to the public and apparently Nancy’s J6 investigation doesn’t want to investigate that aspect of things. These are the experts at investigations? What errors we saw in the investigation of Trump over the Russian collusion (which was a nothing burger) is happening again in the J6 investigation.

But Trump wanted Nancy to call in the National Guard before this time, but Nancy wanted only the Capitol police with is totally under Nancy’s control. Why? Truth belongs to everybody, and nobody can claim to “have the truth” if what they are putting forth is against all evidence.

What is misinformation (again)?

Misinformation is a lie that is put out as the truth, but it isn’t.

If there were people in the crowd January 6 doing criminal or aggressive acts, why don’t the Democrats put out the unedited surveillance videos so the truth can be established? They don’t do this because there was not the aggressive violence like in the BLM riots and other riots that the Democrats have fomented and allowed to happen without any hindrance nor criminal repercussions afterwards. They did billions of dollars of damage to private and federal property and no charges were filed.

There is an accusation that the “riot at the capitol caused the death of people”. Evidence would pin exactly who died, and an autopsy telling us how they died, as well as any eye witness accounts or videos of the actual aggression that killed them. We can discount the police that died the next day from a heart attack. Maybe the stress of all of that caused his heart attack, but he had heart problems anyway, and any policeman that dies of a heart attack can blame years of his job, but not a particular day and its events.

When the spinmasters get a hold of the narrative to put forth “misinformation”, they say that it was worse than September 9-1-1. Oh really? That disaster numbered in the thousands of dead, and their deaths were recorded by TV cameras. So there is no question of their deaths, nor how they died. So exactly how is 1 death of a police who went home normally at the end of that day and had a heart attack the next day like people jumping from a flaming skyscraper? Who is spinning the events and information now?

The Constitution is still in power over every American, and the politicians have a special oath of office that they take before they enter into their duties, and what happened to a speedy trial? Habius corpus (i.e. no detention beyond 24 hours if no charges are made?) 2 years after the event, and the people present have no charges against them. They are in solitary confinement. Cruel and unusual punish is also against our Constitution.

So as people make these points, this is not misinformation. Charging that the conservatives that day were rioters destroying the capitol is misinformation. The facts and evidence defends their innocence.

There is a lot of disinformation

But the present world is just kooky. Nobody can analyze information any more. Everything has to be spin.

Where does the Burden lie for discerning what is true or not?

Despite what others are crying for, every single person is responsible for the truths or lies that they believe in. Each person has to decide what is a lie and reject it. The only way other people can help this process is to outline logic, evidence, and present facts. The entire cancel culture does not think logically. It is an emotion movement that has little to do with evidence and logic.

When you trust somebody to the point that they do not have to be logic nor accept facts in any conversation, then you are a lemming. A stupid little bird that if somebody says jump off a cliff, you will blindly obey. Nobody should be that way.

A Closing thought from Hillary Clinton

Hillary Clinton is now supposedly a prophetess. She is saying that before the November 2022 midterm elections that the Republicans are cheating, and she is not accepting the results. I would suppose that she won’t accept the results except if the Democrats win.

So after four years of the Democrats trying to stigmatize Donald Trump into accepting he lost that re-election bid, giving the point of view that ALL of the Democrats always accept the election results, and it is unamerican for a candidate to not accept defeat, or not accept how the election was carried out, NOW THE DEMS ARE DENYING THE ELECTION RESULTS BEFORE THE ELECTION!

Anybody with half a brain can see what they are doing. When it suits them, they deny the election results. Al Gore denied his failed presidential attempt. Even Hillary herself denied her lost. Stacey Abrahams. The list is long as both sides of the aisle have at times denied election results. I would go so far as to say that every candidate has the right to deny the results if he or she so feels the need to do so.

It is interesting. She says she didn’t deny that the other guy is now governor. She said that she claimed the way the election was carried out was wrong in her estimation. That is the exact point of Trump. He never tried to force his way into the White House after Biden entered.

Misinformation Fraud for the Election